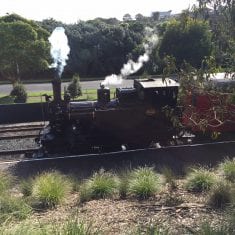 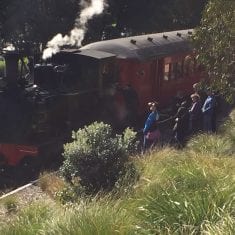 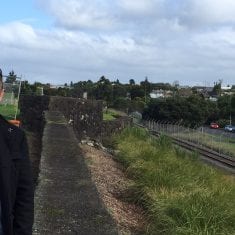 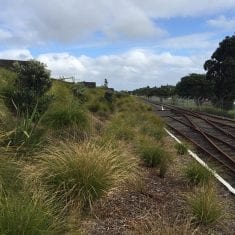 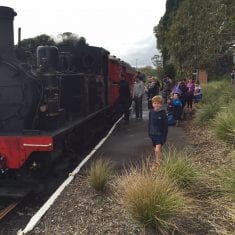 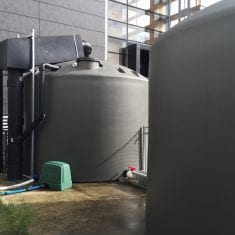 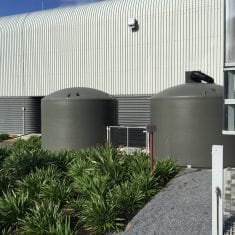 Last summer, we were contacted by Auckland’s Museum of Transport and Technology (MOTAT) to quote to use their harvested rain water to irrigate the planted bank alongside the Museums railway line.

After the initial site meeting it was revealed that the primary concern was not irrigating the plants, but keeping the bark mulch damp through the summer when the steam train was running to minimise the risk of stray sparks setting fire to the foliage and bark mulch. At 700m long and 10m wide this was a little different to our more regular jobs.

The pipe and sprinklers were to be as in-obtrusive as possible and as the train only runs on Sundays, the system would only be operated manually in dry periods whenever the train was running.

There was no need therefore to install a mains ‘top-up’ as, being used so infrequently; the tanks would never run out of water.

The museum already had two 25,000 litre tanks in place that collected rain water off the roof of the huge aviation building.

Our design found that the most cost effective solution involved installing an 8 station Hunter irrigation system using PGP pop-up gear driven sprinklers (the world’s best selling sprinkler), the solenoid valves were via 40mm MDPE pipe fed by a single phase pump; the Davey HM160 -19T with Torrium. This comfortably provides a duty point of 55lpm @ 50 metres. The Torrium controller fitted provides a constant flow water supply system with an all stainless steel pump unit and is adaptive, eliminating cycling, provides loss of prime protection and over temperature cut out. It comes complete with an in-field 2 year warranty.

This just shows that even if you don’t want irrigation and your job relates to controlling water Think Water Auckland is the company to call.

Call William Thorne today and let him assist you with you water requirements.